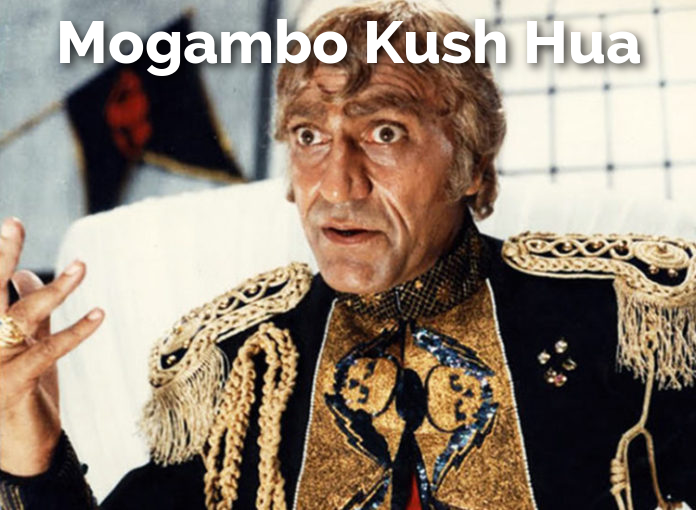 Most of us would have seen the movie, Mr. India during our childhood. If not, do watch the movie. It is one of India’s first well directed science fiction movie. In short, the story is about Mogambo who wants to conquer India. He is looking for a secret formula using which an invidiual can become invisible. Fortunately for us Indians, the secret formula lands with Aruna Verma (Anil Kapoor), the hero of this movie and he saves us from Mogambo. What would have happened, if Mogambo would have got access to the secret formula of invisibility? He would have destroyed us as how would our arm forces or police machinary fought an invisible enemy. An iconic movie and very relevant for the security industry.

Unlike Mr. India, in cyber security, Mogambo has always had the secret formula of invisibility. Not only he, but his attacks too are invisible to us. They breach our network and data, easily without us even being aware of it. Existing firewalls are fighting an invisible enemy without having the tools to idenitfy these threats and defend against them. Like Mr. India, we need a red glass through which we can see these threats. A tool, which will help in providing visibility and bring context to the data that is flowing through our network, enhancing our capibility to identify external and internal threats.

We cannot protect ourselves from things we cannot see, hear or even communicate. With the explosion of cloud applications, concept of perimeter security no longer holds true. Instead of securing our infrastructure, we need to secure our data. But to do so, we need visibility and context of this data. Existing firewalls are blind to contextual information of data and are unable to protect us against data leaks and unknown and malicious external or internal attacks. Without contextual information, it is difficult to distinguish between good and malicious data.

IT professionals are desperate for more security visibility which could make the difference between the life and death of an organization.  With the help of “security and contextual visibility”, IT professionals are able to monitor the data flow within an organisational, allowing them greater control over network, users, applications and potential risks which come along with data flow over the internet. Ignoring security visibility has grave overarching consequences including fines, penalties, reputation of maintaining poor security standards leading to loss of clients and causing significant impact on its revenues. Contexual security visibility of data helps IT professionals in laying a strong foundation in data security required for doing business over the internet.

So how do you get to the front of the pack? You See the Threat, Hear the Threat, and Communicate the Threat. GajShield’s Next Generation firewalls come with contextual data visibility and protection. GajShield’s context based system understand web application / cloud applications by creating context which helps an enterprise to setup policies based on the web application instead of IPs, Usernames which have no relevance to the above application. GajShield has been providing cloud security and data leak features on its range of security appliances since 2008. GajShield mature technology in its firewalls provides visibility to the cloud applications used by an enterprise and also by managing and controlling these applications.